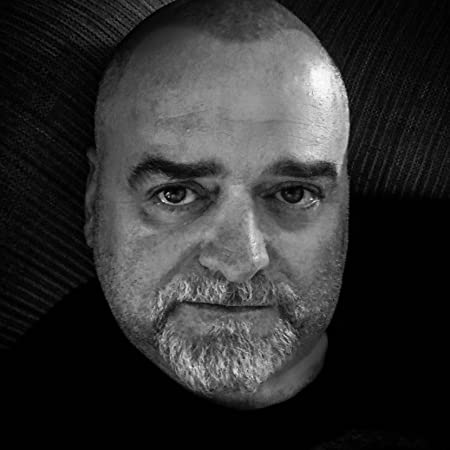 "I have know Philipp for several years, and I have been inspired by his consistent boldness to step out with fearless faith. As the Leader of the Revival Churches Network, Philipp J. Schmerold’s ministry is undoubtedly powerful, with signs and wonders manifesting to reveal the revelation of Jesus Christ. As a powerful apostolic ministry, Philipp has a special call of God on his life to inspire the body of Christ to walk out their destiny and change nations. It is a pleasure to endorse Philipp and call him a friend." 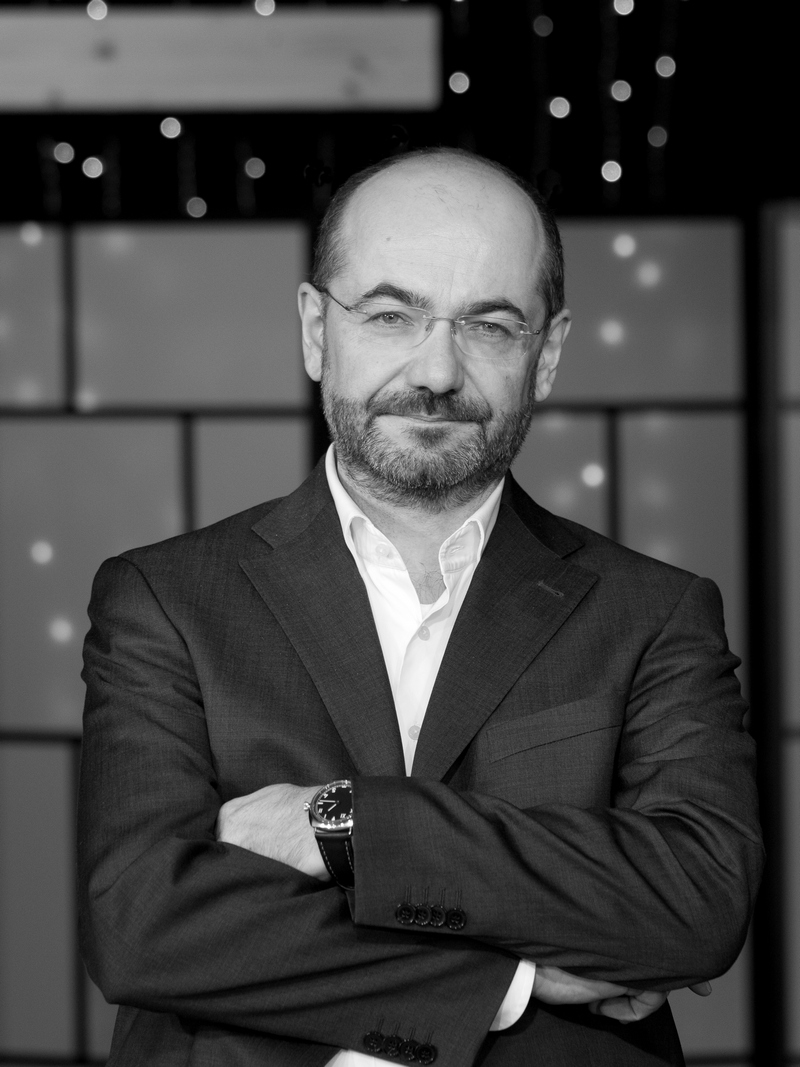 "I’ve had the privilege to share the pulpit with Pastor Philipp Schmerold for the first time at a conference in the fall of 2015. Already at this first meeting I was impressed about how God was using this young man. It was then and still is a joy to share the same platform with him to serve the people of God. All the while it’s not only the strong anointing that is clearly visible on his life which is quite remarkable, but especially also the humbleness and humility that he was able to keep in the middle of his early success. Many a young minister next to his gifting also seems to have an unhealthy measure of self-esteem. Not so with Pastor Philipp. Therefore I’m not hesitant to believe that his ministry from God has a great future. His ministering in the Word of God and also in the Gifts of the Spirit, as I was able to witness it personally, is distinct and sharp. No mannerisms, but just the unfeigned ministry of God’s Anointing. Also, to connect and communicate with Pastor Philipp on a personal level is an uplifting experience and is marked by godly transparency. I can highly and with a clear conscience recommend the ministry of Pastor Philipp Schmerold." 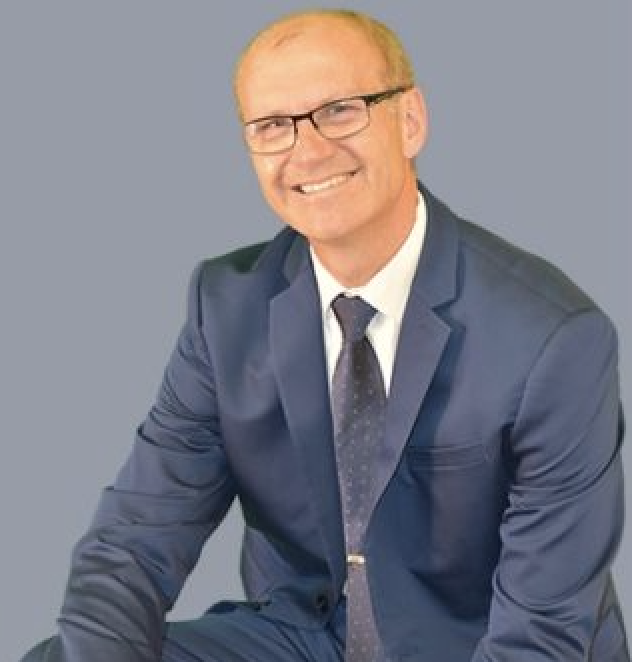 "I have known Philipp since he was a boy. I had the joy of being his pastor for a few years. He was one of those children that needed the extra angel protection of God because the enemy wanted to snuff out his life before it started. I followed Philipp in his years when he was away from God. We often prayed for his salvation. When Philipp surrendered to Christ, there was no turning back. We always sensed a big calling on his life, but God far exceeded our expectations in how He uses him. Philipp now travels to many countries of the world preaching the Gospel to multiple thousands with great signs and miracles following. I recommend Philipp as a sincere, effective servant of God that walks in integrity." 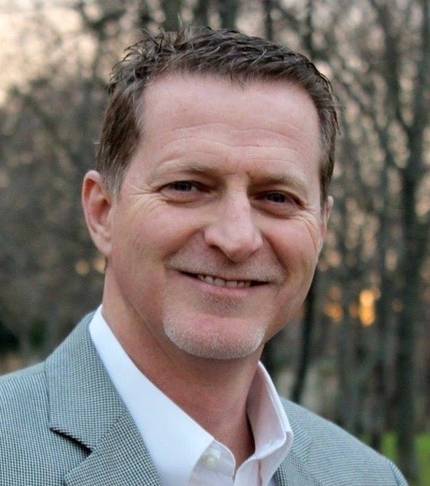 "I would like to introduce you to Reverend Philipp Schmerold from Austria. Philipp is an exceptional young man with the call of God on his life to preach to the nations. He demonstrates the gift of an Evangelist with a missionary call to lead people to Christ in difficult places to serve. Philipp has faithfully served under our covering at Vienna Christian Center and also understands the priority to support pastors in the local church.  He has great experience and training both here in Austria as well as the United States of America. One of the things I appreciate most about Philipp is his passion for revival. He is a man of faith and desires for God to use him to believe for the supernatural today.  He is a soul-winner and fully surrendered disciple of Jesus. Thank you for receiving Philipp and for opportunities you can share with him for ministry.  I know you and your nation will be blessed through his heart to serve with you."

"Philipp Schmerold has a heart for revival not only in Austria his homeland, but to see the glory of God in every nation of the earth. His heart to see people healed, delivered, and set free is genuine and passionate. As a graduate of Bethel School of Supernatural Ministry, Philipp has been exposed to amazing teaching, and seen healing and miracles that most people just dream about. He carries that experience as a leader dedicated to see the kingdom of God released on the earth and walks in integrity, and most of all, the love of God for His people! I am so honored to know and to minister with this amazing firebrand for the heart of God, he brings inspiration and motivation to all he comes in contact with. I am so excited to see what God is doing through him in his homeland of Austria, but I also see the great calling on his life for the nations of the world!!
Steve Swanson
Friends of the Bridegroom Worship Ministries

"I met Philipp at BSSM, he was a student that I had the honor to get to know and spend time with him talking about reaching people for Jesus Christ. It has blessed me to see Philipp takes the torch of heaven and the message of salvation across the world as a young man. Philipp indeed has a passion for souls to see them saved, healed and delivered by the power of God. I personally have seen him grow in the grace of God and the call of God that is on His life to reach the world for Jesus Christ. He is a young man that burns for souls to be saved."

"Philipp Schmerold has been a good friend of mine for several years. Since I know him, I have seen what God means when He said, “Those who seek Me will find Me.” This man has sought after the heart of God to see the lost come to Jesus, and he has never changed the subject since. I am thrilled that he has put his heart into this book so others can partake of the power of the Gospel and live a life of conviction and purpose. Get ready to receive more as you are challenged and awakened by what you read."

"Jesus made very clear what His heart beat is: He came to seek and to save the lost. Philipp is a young preacher who got radically saved through the very power of the Gospel that he now himself proclaims around the world, with signs following. Be ready to be disturbed by the Spirit of God, but also overwhelmed as you feel the love of Jesus on every page, through the writing of a man who has a one-track mind: to lift up that name which is above every other name. I’ve gotten to know Philipp and I highly recommend him."

Daniel Kolenda
Evangelist
President of Christ for all Nations

"I met Philipp on a mission trip to Taiwan. During that trip I found him to be a man who was hungry and thirsty for the presence of God. He ministered in a combined churches meeting in Fernvale and is a dynamic, powerful preacher and minister of the Gospel of Christ. On the day prior, he led 12 people to Christ on the streets of Brisbane in a two-hour period. He is the real deal."

"Philipp Schmerold is a man on fire for God. There is nothing artificial here. What he writes in The Burning Heart breathes this authenticity. These are not mere words of theory written by one aspiring to be a soul winner. They are practical truths from the heart of one who lives them every day and experiences their supernatural confirmation in souls won for Jesus Christ. You will be challenged to follow in the steps of one who has heard the heartbeat of God our Father and has made the unwavering decision to obey the Great Commission without compromise."

"I’ve had the privilege of getting to know Philipp since his salvation. His radical turn-around, unmarred by compromise, amazed me from the start. Now, several years later, he has lost none of that fire, and it seems as if he is burning even more than ever for God’s kingdom and winning the lost. Philipp’s zeal and his love for people are contagious and inspiring, whether in his homeland of Austria or in the nations of the world. We ministered together in South Asia, and I was able to observe, and even tangibly feel, how he demonstrates the love of Christ and leads people to Jesus."